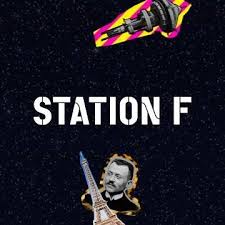 Only 6 months after its launch in January 2018 in France, Liberkeys raised $1Million to disrupt the real estate market (more info here). While Feeli is featured in Challenges magazine among the Top 100 startups where to invest in 2018 (more info here).

Station F is a business incubator for startups, backed by Xavier Niel and located in 13th arrondissement of Paris. It is noted as the world’s largest startup facility, supporting a new AI community.
Situated in a former rail freight depot previously known as la Halle Freyssinet (thereof the “F” in Station F). The 34,000 m2 facility was formally opened by President Emmanuel Macron in June 2017 and provides office accommodation for up to 1,000 start-up and early stage businesses as well as for corporate partners such as Facebook, Microsoft and Naver.