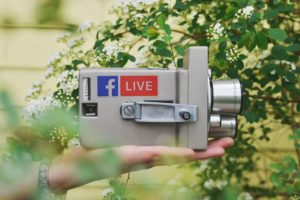 IWC Schaffhausen, Facebook and JCDecaux Airport Paris have joined forces to combine a live stream on social media with out-of-home advertising for the first time. IWC Schaffhausen has spent the last two years restoring a legendary spitfire plane, which will now travel around the world over the course of several months for a promotional campaign called Silver Spitfire – The Longest Flight. 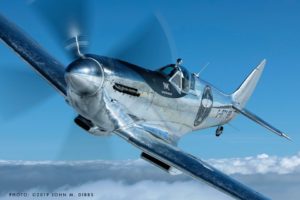 On the day of the spitfire’s take-off from Goodwood Airfield in the UK (5thof August), the start of the expedition was transmitted from Facebook to digital displays at Paris-CDG Airport, enabling thousands of passengers passing through Paris-Charles de Gaulle Airport to witness the historic Spitfire plane begin its epic round-the-world journey, as well as live comments of its Facebook community. 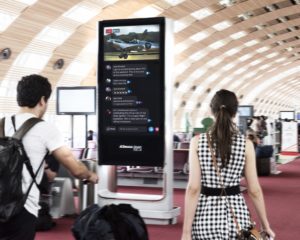 In less than four days, our team at JCDecaux Airport Paris coordinated and worked closely with all the stakeholders and Facebook’s Creative Shop to create a seamless and best-in-class live experience delighting both children and adults, as well as aviation enthusiasts and amateurs.